We can't wait to get out and play again for you and as an extra bonus we have support on all shows from the mighty Mudlow. spread the word.
Tickets: https://thebonnevilles.co.uk/shows 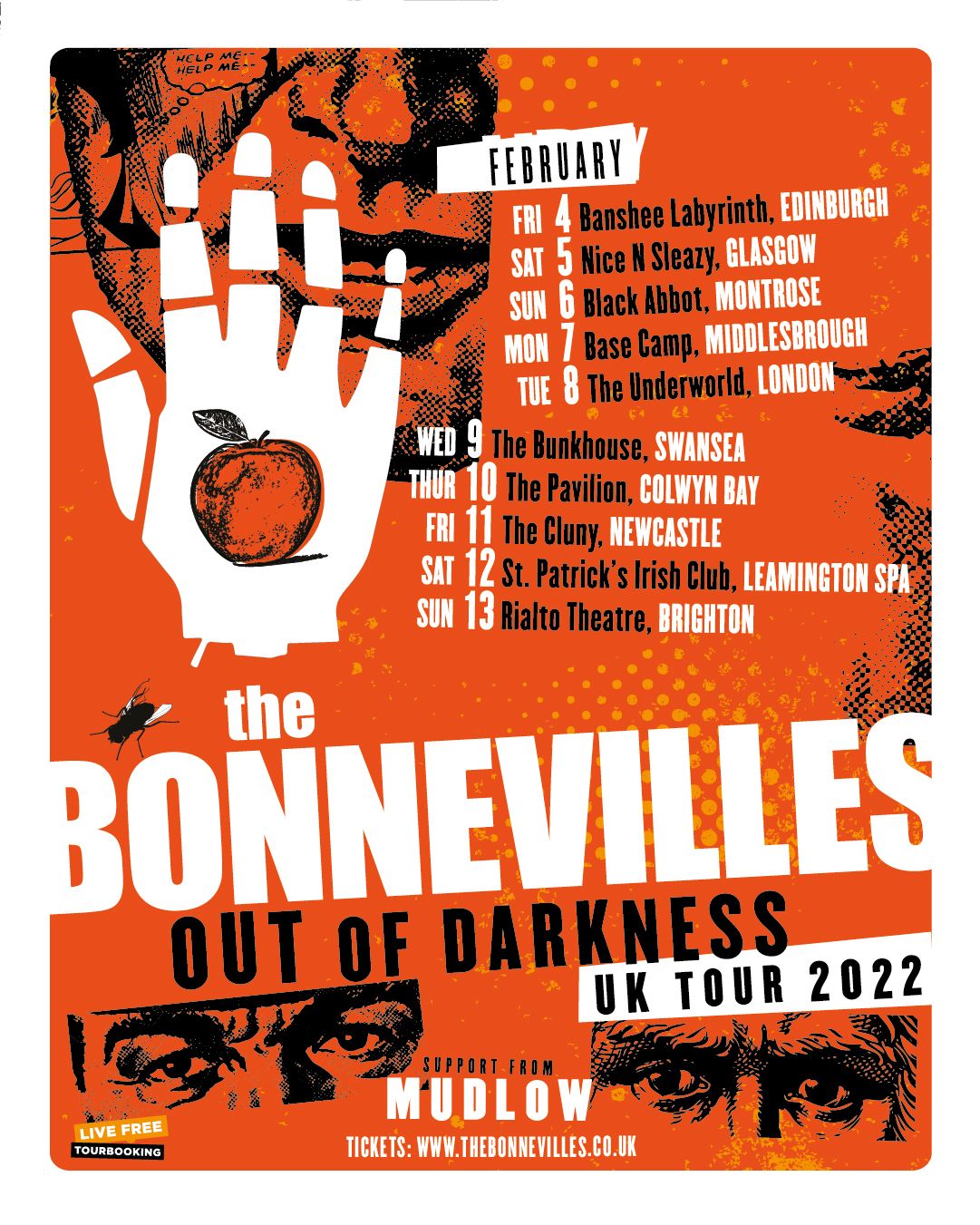 The Bonnevilles have a new single released this morning over on Bandcamp. Perfect timing for Bandcamp Friday.

Here is a little blurb about it:

We’ve been playing this song out from the very beginning of The Bonnevilles.  When you start a band you usually have to pad your set out with a few covers which end up being jettisoned in favor of originals as you write them but we love playing this old blues classic so much that 4 studio albums and countless gigs later we still play this at every show.

Over this period of lockdowns we decided to finally record it, we hope we’ve done it justice.

A few years back we had the opportunity to play Deep Blues in Clarksdale Mississippi, a dream come true.  We landed in Memphis and drove straight to Holly Springs, the home of RL Burnside and arrived at Junior Kimbrough's Juke Joint around midnight where all the supporters of the festival got to hang and hear a lot of the artists that were playing the festival.  As we walked in we heard someone shout “the Bonnevilles are here”, chills.  The great Rubin Glazer was on stage finishing out a set, someone came over to us and asked did we fancy playing some songs?  There was no way we weren’t going to play in this legendary venue, we couldn’t believe we were actually here.  We went on and hit a few of our own tracks then we decided to play Poor Boy, one of RLs standards, here in his hometown of Holly Springs.  It felt a bit risky.  We could bomb ….hard... if we screw this up.  After all these people have heard the masters doing it in person and now here are two Irish dudes about to cover it.  We didn’t bomb. Oh, and the sleeve photo was taken outside the venue after our set by the great Peter Lee.  The look on our faces was a mixture of jetlag and bliss.

We hope you dig our version of this classic, we tried to give it a little bit of Lurgan style via Chess Records circa 1960. 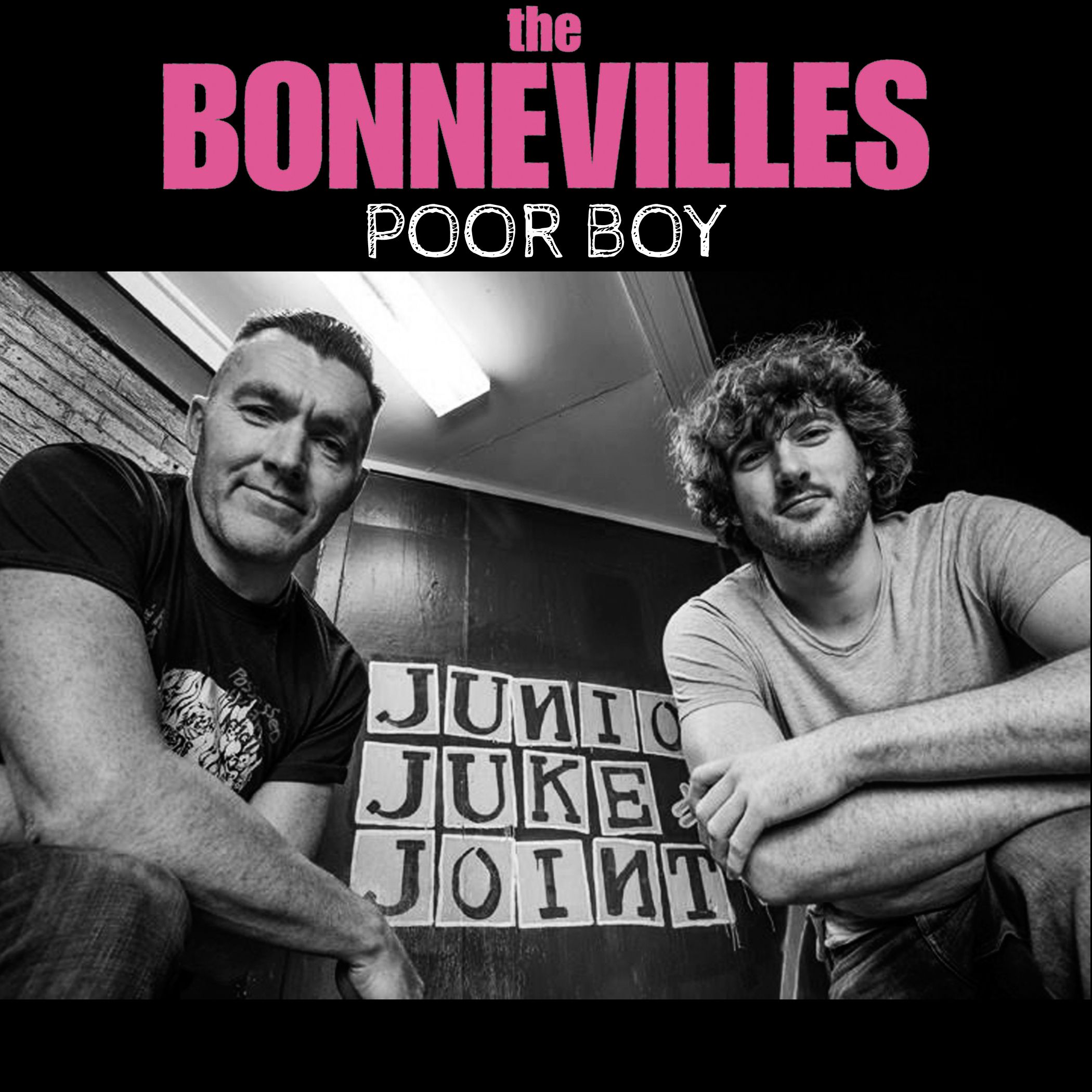 This Saturday (12th Dec) we are doing a YouTube live stream. We are hoping to play a different set compared to last time. Please come join in on the fun and help us spread the word by inviting all your friends.

We have finally had enough of not being able to play live as a band so we have decided to bring a live show directly to your home. This Saturday at 8pm(GMT) we will be live streaming an event from our practice room. We have done alot of work to try make this sound and look as good as we possibly can so please bring a beer, tune in and have fun. 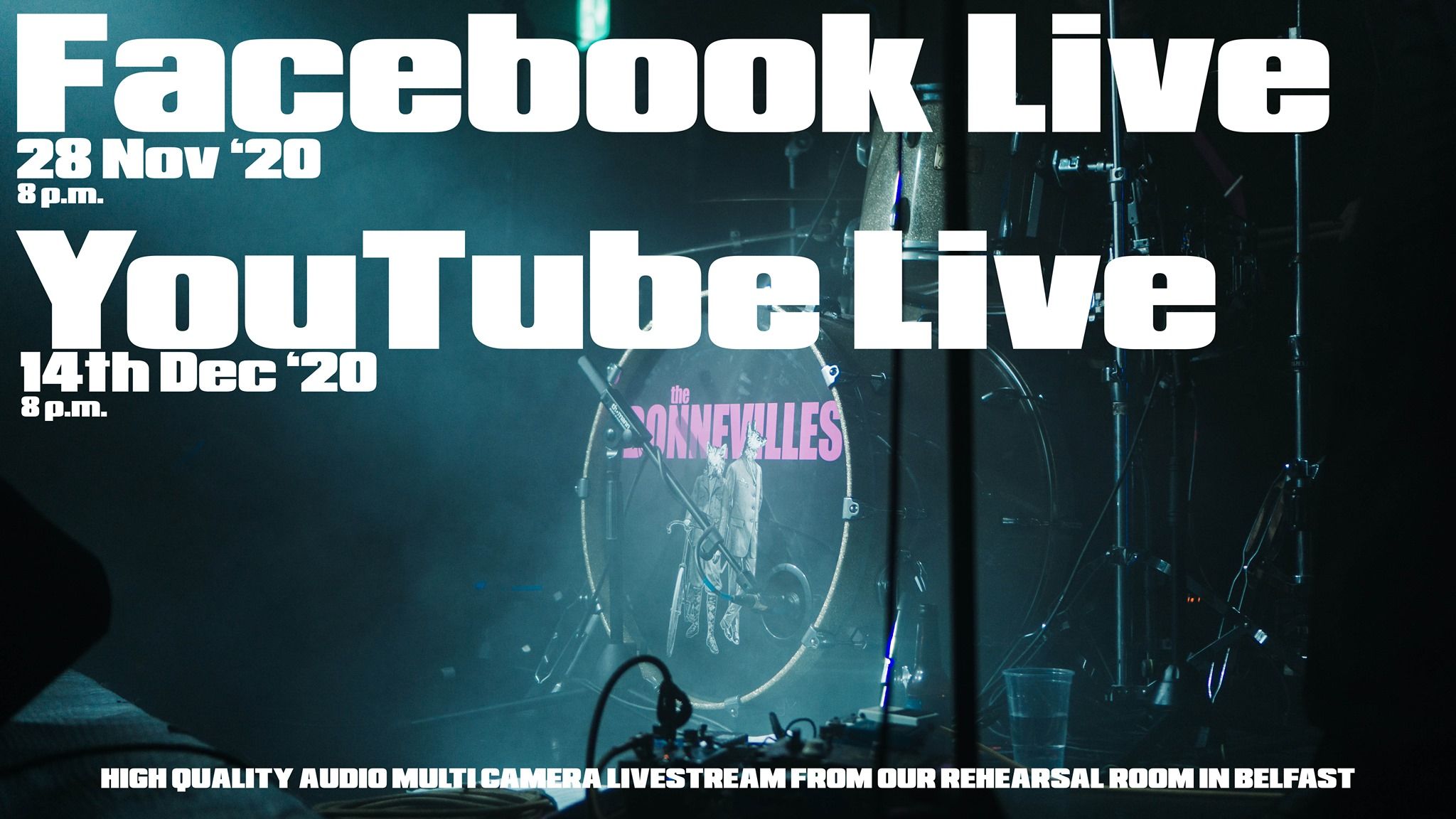 Rishi Sunak the Chancellor of the exchequer, the second Lord of the Treasury and Minister of the british crown is a complete asshole.

I could end my post right there but I’ll try to elaborate.  Yesterday he suggested when asked about the future prospects of artists he said that we should re-train.

This obviously incensed the community of artists that contribute 10.8 billion per year to the UK economy and by simply suggesting we need to retain so flippantly suggests we have little or no value, he certainly doesn’t appear to think so.

As an artist there is no doubt that a lot of people think we are nothing but irresponsible wastrels who need to get a proper job anyway and our professions are just an indulgence by adult children who have never grown up but to answer that I would say we only pretend to have not grown up, we act carefree and feckless in order to do what?  Why to entertain you of course.

The reality of being an artist is one of the freelancer.  In the modern world of course this is more normal that not but for the artist it's always been so.  There are no secure jobs, no pensions, no stock options, no unions (worth a damn).  Every day is a hustle, every minute is spent thinking about how to translate the breath of the Gods into poetry, paint or a almighty fucking righteous riff.  We never quit working.

Do you know any artists?  When you talk to them sometimes you think ‘are they even listening to me?’  you notice that his or her milky eyed out of focus look and the monosyllabic responses and it tips you off that they’re not in the room.  A melody has occurred, a thought was gifted from the universe and now it must be turned into art, but that's fine you think, you’re used to it.

This is the deal.  We do that to express ourselves and by proxy connect to something for you that gives you hope, that makes you cry, that makes you feel alive god damn it and in return we ask for an opportunity to perform for you, to display our art for you, to speak to your soul and also in return for connecting you to your ancestors we ask for a living not a big one, just enough.

One of the greatest honours and privileges of my life was being able to livestream gigs from my home studio during lockdown.  I felt the relief of people who were struggling to keep it together, many told me so.  I won’t pretend they were the greatest gigs i've ever done but I would say they were the most important.  Anxious people from all over the world watched me and Chris (separately) play our livestreams and they thanked us for allowing them to rock out on a Saturday night in these strange circumstances, they needed it, it felt almost normal.  The first gig I did people who I didn’t even know saw me smile and sing and at that moment knew things were going to be ok and then they breathed out.  I’m still panicking though but I don’t say anything, I use my lifetime of training to make you feel good for a little while during the biggest mindfuck of a crisis we’ve seen since World War 2 and that is according to the Chancellor…..worthless.

Then there's the practical.  I’m a gigging musician, that means I just perform songs, right?  Wrong.  Before I get to perform a song I have to be proficient at

Budget management and much much more.

Then after becoming good enough at all of those I have to write songs, of course a Tory like Rishi Sunak couldn’t possibly understand just what you have to do to your brain to make it write a song, literally make something from nothing, a psychedelic expression of human creation is beyond your average Tory.

Some people might think what he said isn’t actually that bad, maybe you think the pandemic wasn’t his fault, which is obviously true.  The problem for us is that of course it came from a fucking Tory, we know they don’t value us because we know they don’t value anything that doesn’t put money in their pockets so from one throwaway comment its easy to extrapolate exactly what these goblins actually think of us and ultimately they have no intention of helping us or saving the arts economy.

Anyway, I could go on forever.  I’ll finish by saying this.  We know our value, we know the world imagined by artists is a world of beauty, a world imagined by pond life accountants like Sunak is paved and sterile.  Our world sounds like the poems of Joyce spoken over Liam O’Flynns pipes, his is the efficient snap of a ring binder.  You’re wrong Sunak and as another Westminister ghoul Malcolm Tucker once said “Now offity fuck”.

This Saturday 16th - Folk Art Drum Through with Multi-cam

Due to Facebook not allowing us to play our own songs on live stream we have had to take this session over to YouTube. This is our first time doing this
but the good thing about using YouTube is that it allows us to stream at a much high quality than Facebook. We would love if you could embrace this move with us and come help us ensure this isn't a complete waste of time by going over to our YouTube channel and hitting the subscribe button.  https://youtu.be/p4hmroqEK7E

Chris is going to do a full play through of our album Folk Art & The Death Of Electric Jesus to help raise some funds towards the production of a new 7inch single release we are currently working on.

Same as last time anyone who tips any amount of money on the night will receive a free download of the entire Folk Art album. We know not everyone uses downloads but the code you receive can be shared with anyone you wish.

Help us spread the word, tag your friends, drummers and share far and wide.

See you on Saturday at 8pm 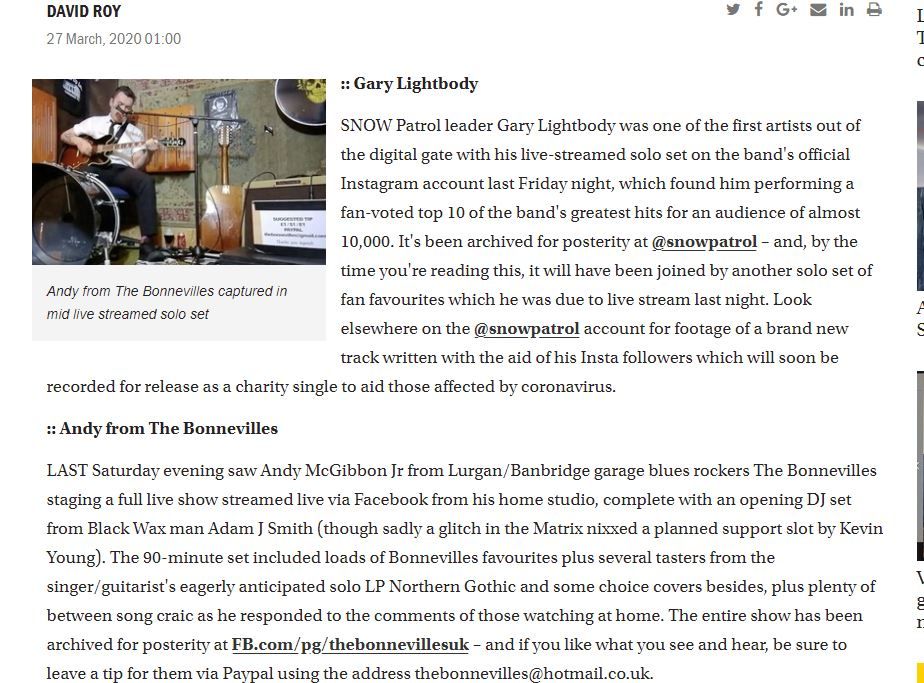 On Saturday Andy live streamed a gig from his home studio on Saturday and here it is for you to listen to.

He played lots of Bonnevilles favourites, a few covers and some of his upcoming solo stuff.

Welcome to the Andy That’s In the Bonnevilles 4.

If you’re watching this sorry about the lens looking like it has a vaseline smear on it, I‘ll make sure I give it a clean next time. If you’re listening, jog on,... also I have a big pluke on the end of my nose, fair warning.

I’m going to chat a little and give you my thoughts on Brexit as its just happened a few days ago, how I feel about the paucity of leadership within Unionism and why that matters to us all on this island, north and south.

I hope you enjoy and please share and tell your muckers.

Audio version available at Spotify and all the usual platforms